The grammar in this lesson is covered in chapter 11 in pu, lesson 11 in Pije, and page 9 in Lentan.

The particle pi is used to regroup modifiers. It requires a minimum of one head noun and two modifiers.

When you see a noun group with pi, do not think of li as meaning of. Think of it as a marker that indicates the end of the head noun, and the beginning of a modifier applied to the head. Figure out the meaning of each half first, and then combine these into a one.

Note that jan Pije also describes pi as a possessive. This is generally not an accepted use case, especially with a single word after pi. You can avoid this pattern by repeating the head noun, or replacing the subject with ni:

Despite the relatively simple rules around its usage, when and how to use pi effectively is one of the most complicated aspects of speaking toki pona. Similarly when drawing sitelen sitelen, the use and placement of pi will take some practice. It is complicated enough that whenever I am laying out a glyph block with pi in it, I often start within pi and then work my way out.

Anatomically, the pi glyph is derived from the syllable pi, sticking it’s head up, emptied of contents, and ready to take on it’s role as a container. Once employed, it’s head stretches out like a goose’s neck, and rests next to the first group of glyphs. There are three common orientations for this goose neck: up and to the left, up and to the right, or left and down along the bottom.

Like li and e, pi operates as a container to group other glyphs. Use of pi in toki pona almost always results in at least two glyphs within, and most commonly either one or two glyphs above. Unique to pi is the notion that the group of glyphs that operate as one unit includes a number of glyphs right before the pi as well. This entire grouping can then be found anywhere within a sentence that you could place a single glyph acting as a noun. 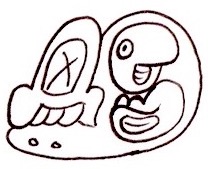 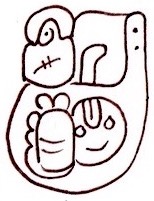 Once this grouping feels satisfactory, it’s time to fit it into the larger glyph block: 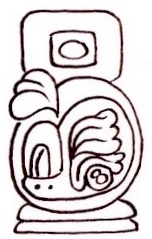 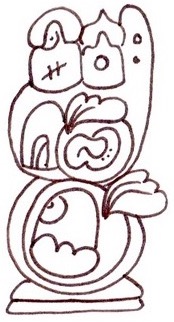 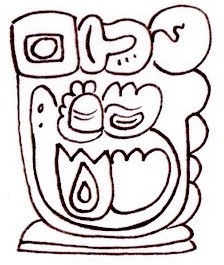 Depending on the fit, you may find you need to start again with one of the other orientations and build it back up from inside the pi on out.

opposites with pi and ala

Using ala within pi to express the opposite of also works as you would expect: 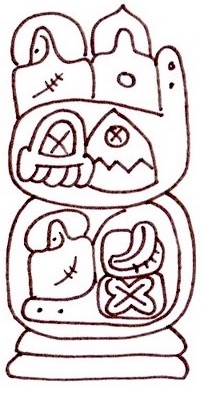 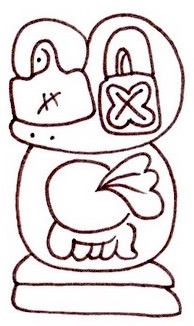 more than one pi

One of the initial temptations when learning toki pona is to try and distinguish the object you are describing from all other similar things. Raccoon becomes “night dirt eating animal of front hand feet” and you still haven’t ruled out the Opossum or Coati. Once you have more than one pi it’s often a sign that you are overloading your subject, and having to nest multiple pi containers will probably be more than enough help you put and end to that.

But every once in a while it can’t be helped: 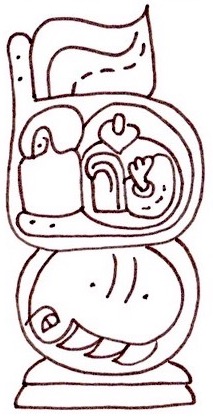 The best thing to do is to first establish how much space you need in order to draw the innermost glyphs. If you start working from the subject down to the period, you are almost assured of hitting a point where it is simply to tight inside the second nested pi.

pi in the wild

I encourage you to search out uses of pi in sitelen sitelen by myself and others to get a good sense of how it works when found within larger sitelen blocks. One good place to look is lipu lawa pi esun kama which contains 15 pi glyphs in total, including a nested pair and one used in linear isolation. Take a look at this altered image which highlights all of them, and then take another look at the original and see if you can spot them in the crowd. 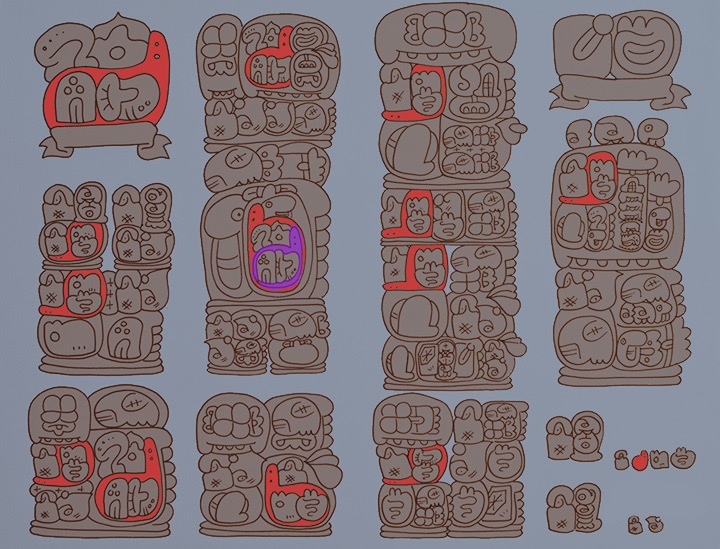