The grammar in this lesson is covered in chapter 5 in pu, lesson 3 in Pije, and pages 3-4 in Lentan.

In the last lesson we saw a single word operating as the predicate. In this lesson we examine two ways that the predicate can expand. It can offer an object to receive the action, or it can include more than one action.

To introduce a direct object, toki pona uses e. Everything between li and e describes an action the subject is taking, and everything after e describes what is being acted upon.

If there is more than one object, each one is preceded by e: 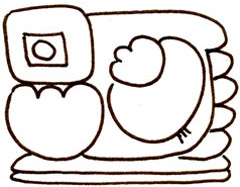 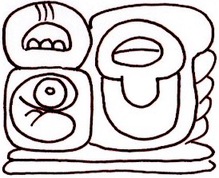 We are now looking at sentences with a subject, action, and an object. This translates into 3 glyph blocks:

Remember how we move down and to the right? We also want to keep each sentence as compact as possible, not strung out in a long line. Here are two useful arrangements for a three-block sentence: 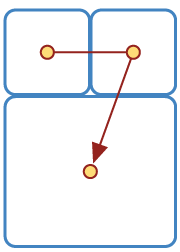 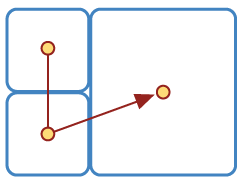 Notice how in both cases, one of the blocks is larger in size? This keeps the sentence in a relatively square shape. It also clues us in to the direction that the sentence is to be read. You must read either across an entire row, or down an entire column. 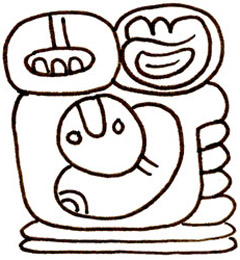 When deciding how to lay out your sentences, the important thing to consider is information density. Make sure you don’t end up cramming a bunch of information into a small space. That’s why we wouldn’t choose to have a large S block, followed by small A and O blocks. 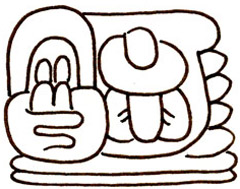 Now we can really see how sitelen sitelen treats language as spatial, rather than linear. In this respect, long compound sentences can prove an organizational challenge, since a string of actions or objects separated by li or e become atomic blocks that must be arranged in space.

A grouping of a couple actions or objects, however, can still be managed quite easily. In a sentence with two actions, the three block structure from above will still work. 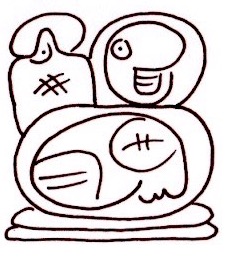 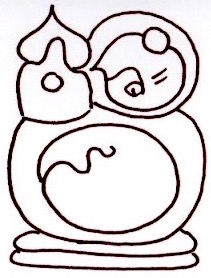 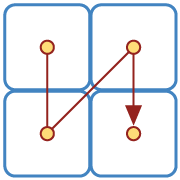 Sometimes the best organization is four blocks of equal size. To avoid ambiguity, four block structures are always read down the columns, from left to right.

One good example of the four block structure is a sentence with two direct objects. They naturally fall into four components:

By running down the columns, the subject with rest on top of the action, and the objects will stack to the right: 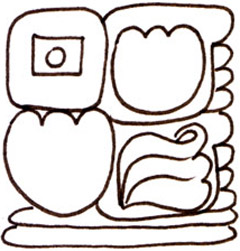 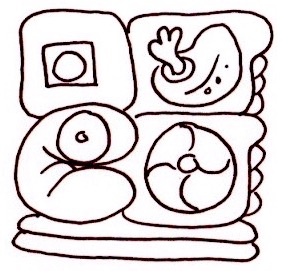 Now that our sentences are getting longer, we’ve started to talk about block structure in terms of columns and rows. If this is still a little confusing to visualize, don’t worry. In the next lesson we will focus on how this works. 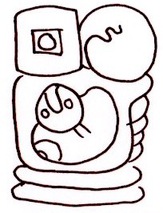 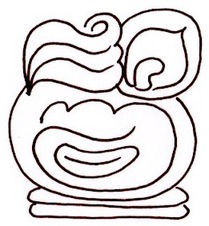 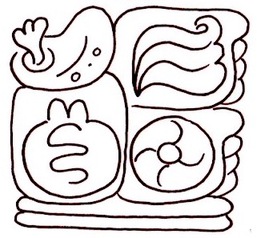 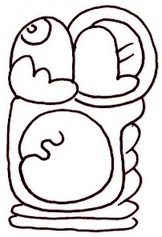 now compare your English translations to mine:

The land has water and sunshine.

Water is important and good.