The grammar in this lesson is covered in chapter 15 in pu, lesson 7 in Pije, and page 6 in Lentan.

Not prepositions in themselves, there are several words that describe location. They can be used frequently with tawa, lon, and tan to describe going to, existing in or coming from a location relative to the speaker.

The most common directions relative to one’s location can be described with sewi, anpa, sinpin, mosi, insa, and poka. This list is by no means an exhaustive. pu uses noka instead of anpa, and in context many other words can make sense to describe location, and many other ways to describe movement and direction. One word to keep in mind is weka.

We already took a look at lon, tawa, and tan in the last lesson, but there’s still a little more to cover on prepositions. First let’s review what we already know with a few more examples. Remember, each preposition can be thought of as having a ‘head’ attached to an expandable body.

If they aren’t being used as part of a prepositional phrase, they act like normal stacking glyph blocks.

In len mute li sama, there is no object to fill sama. In tan ni li nasa, tan is part of the subject “the reason”. This works the same for poka, when it is used as a noun: 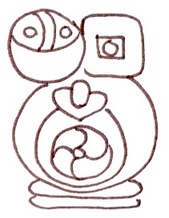 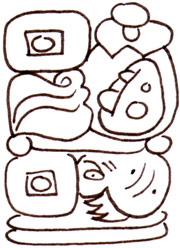 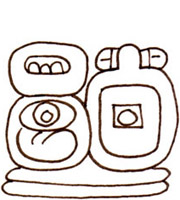 One thing we haven’t covered yet is what to do when your verb is inside of li. Look again at ona li lukin sama mi up above. The verb, lukin, becomes an infix in li, and mi becomes an infix in sama. But what if the preposition is also the verb? We end up with a double infix.

You can try drawing the whole unit from the inside out, and even drawing the rest of the sentence after this block has been composed. I usually find I have to try a couple times until I find a composition I’m satisfied with.

What if we want to use a verb/preposition in combination with wile? Since the preposition is part of the verb, the whole thing gets infixed into li.

Let’s look at ona li wile tawa tomo ona kepeken tomo tawa, “he wants to drive home” (literally: he wants to go to his house using the car). If you can understand how this works then you probably have a good understanding of how to use preposition glyphs.

The first prepositional phrase: towards his house–tawa tomo ona is also part of the verb wile tawa, so it all goes inside of li.

The second prepositional phrase using the car–kepeken tomo tawa is not part of the verb, so it goes outside of the li.

It also has the advantage of disambiguating things that might have more that one reading when written linearly.

anpa, insa, monsi, sewi, and poka, or directional nouns as jan Sonja calls them in pu, are used with prepositions to indicate direction. I am quite used to using anpa in some cases where Sonja uses noka, but they all operate identically: 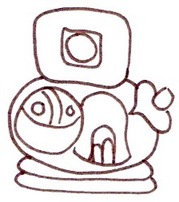 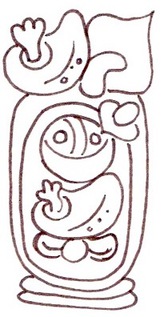 You may have wondered up to now why the glyph block for li was so boring. Now you can see just how much work it has to do at times. If it were any more complex it would be hard to stuff all those pre-verbs and verb prepositions inside. 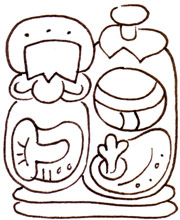 Just as the prepositions have a head and body, often the subject of the sentence becomes the head and li becomes the body.