Recently while I was adding lesson 10 to the sitelen sitelen lessons, jan Inkepa noted that this image used poka without lon, counter to the examples in both jan Pije’s and jan Sonja’s texts: 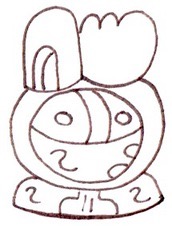 Indeed, in jan Pije’s lessons and in pu, the use of what Sonja calls ‘directional nouns’ are all the same: poka, anpa, sewi, insa, monsi, (and also noka in pu) come after prepositions lon, tawa, and tan. I added in a lon, but something still didn’t feel right to me: 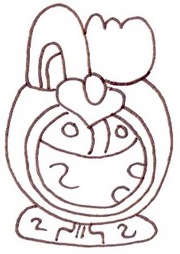 Why had I decided to use poka as a container, unlike the other directional nouns? Going back to look at lesson 7, I found the examples I gave even more troubling:

Had I always been using poka both inconsistently and wrong? I looked through the now mostly defunct toki pona forums for discussions I vaguely remembered about this, I found some hints, but a lot of the information is just no longer there. Then last night it occurred to me, I had the URL for jan Pije’s old website in the archives of my lessons. Looking at it in the Wayback Machine I finally found my answer. Here is an excerpt from jan Pije’s lessons from before they were updated in 2015:

poka is rather unique in that it can act both as a noun/adjective and also as a preposition. Let’s look at each of these uses separately.

This use is the same as you saw earlier in anpa, insa, monsi, and sewi. Here are some examples:

poka as a preposition

Unlike anpa and the rest, poka can also be used directly as a preposition. These two sentences below have the same meaning, but you go about them in a different way:

So, you see, you can treat poka either as a noun/adjective or as a preposition. It’s up to you, but whichever way you choose you can still express your thought. Here is another example:

I remember now how these examples caused me endless confusion when first learning toki pona. I’m really happy that it’s use is now much simpler and consistent with other patterns.

I do, however, have the pesky problem of examples using poka as a container. I’ve never really been that happy with the way it fills this role. The top part of poka naturally wants to take up half the glyph, leaving little room for anything else inside. For now as I clean up the examples in lesson 7 to align better with current toki pona, I have also removed any infixes within poka and present it the same as the other directional nouns.

There is however, an amusing alternative. I could go the other direction and make all of these related glyphs containers as well. For visual clarity, I think they would also have to combine with the leading preposition, similar to how seme operates in the examples in lesson 10. Here are some examples I tried out recently:

tawa monsi and tawa anpa with an infix really make me smile when I see them like this. The other’s, not so much. Go ahead some time and give this a try, and let me know if you like something about it. For now though, I’m just happy to simplify both the grammar and the drawings at the same time.