artwork by jan Same, and a fully vectorized collection of the sitelen sitelen

update 7/2020: Olaf Janssen has made a great sitelen sitelen renderer based on this font. I hope to write more on this soon.

jan Same sent me this piece back in October, which was a big motivator for me to finish redesigning the new site so I could post these images here. This first chapter of The Little Prince based on the translation by Michael F that he composed is just one example of what could be built with his fully vectorized version of sitelen sitelen. You can see the full set below, and he’s also offered the vectorized versions themselves for anyone’s use in his origninal post on the toki pona forums, along with his description of the project.

If you’ve ever designed vector images before, you know how much work this represents. There are two traps I find with vector images. They can look stiff and unemotional, since many of the tools are optimized for mechanical drawings, flow charts, and diagrams. And they can look janky, with sharp angles and disproportioned elements when the artist tries to break out of the mechanistic tool set. jan Same’s glyphs avoid both of the pitfalls superbly, achieving both a nice, crisp, graphical image, and also smooth flowing lines with a lot of character.

One thing I really appreciate from this piece is that in a couple of places, jan Same has allowed glyphs to poke out of their container glyphs. Look at the pi in the first glyph in the upper left: tempo pi lili mi la mi lukin e sitelen pona. And look at the tawa in column three, the second glyph down: jan sewi li pilin ike tawa sitlen mi la mi pali ala e sitelen sin. I have never tried doing this, even though I regularly place one glyph in front of a neighbor. He effectively reduces a lot of the head-space needed to encompass these odd shaped glyphs, and I don’t think he’s lost any of the legibility. I’m looking forward to trying this out next time I run into a space where it could work! 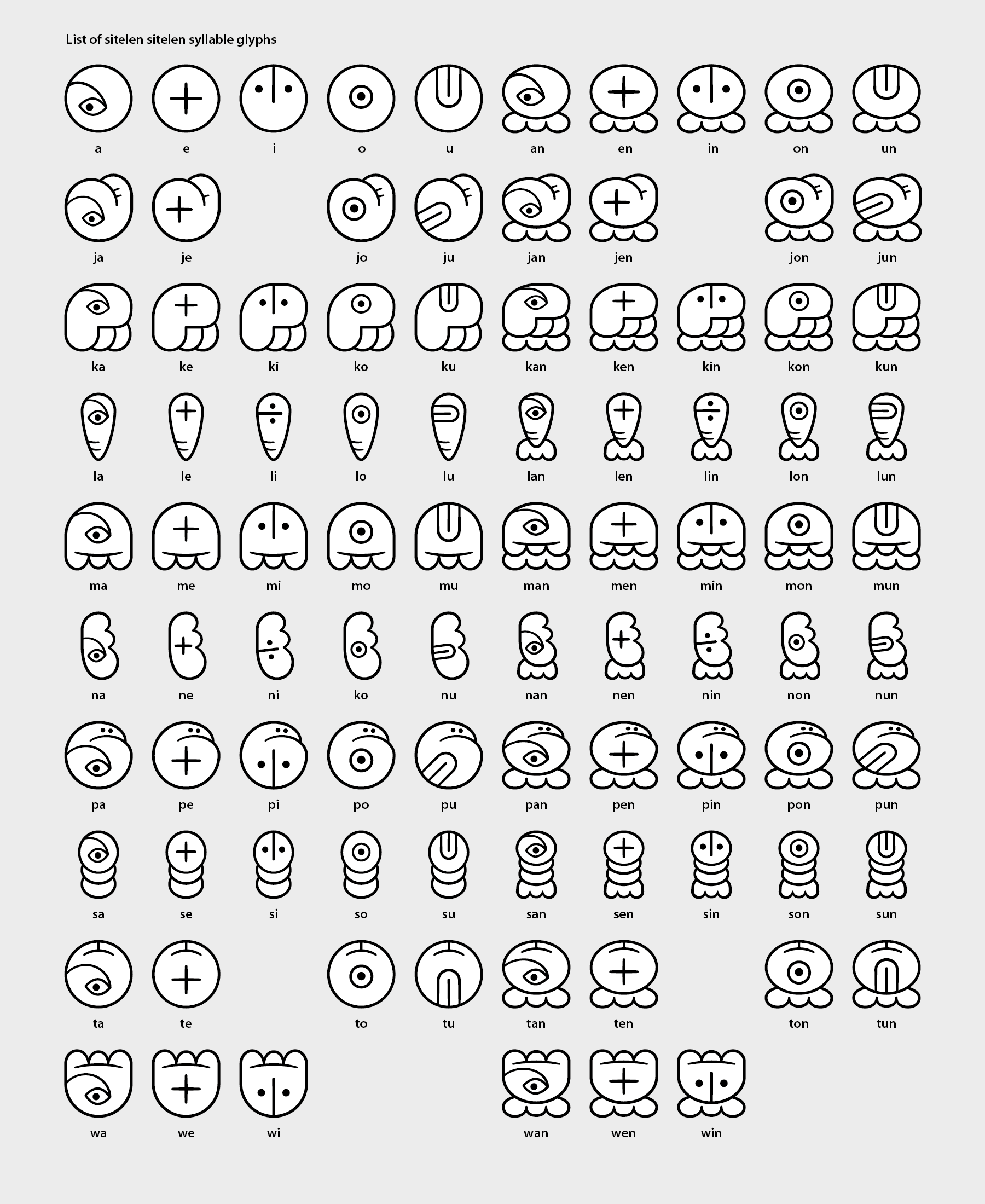 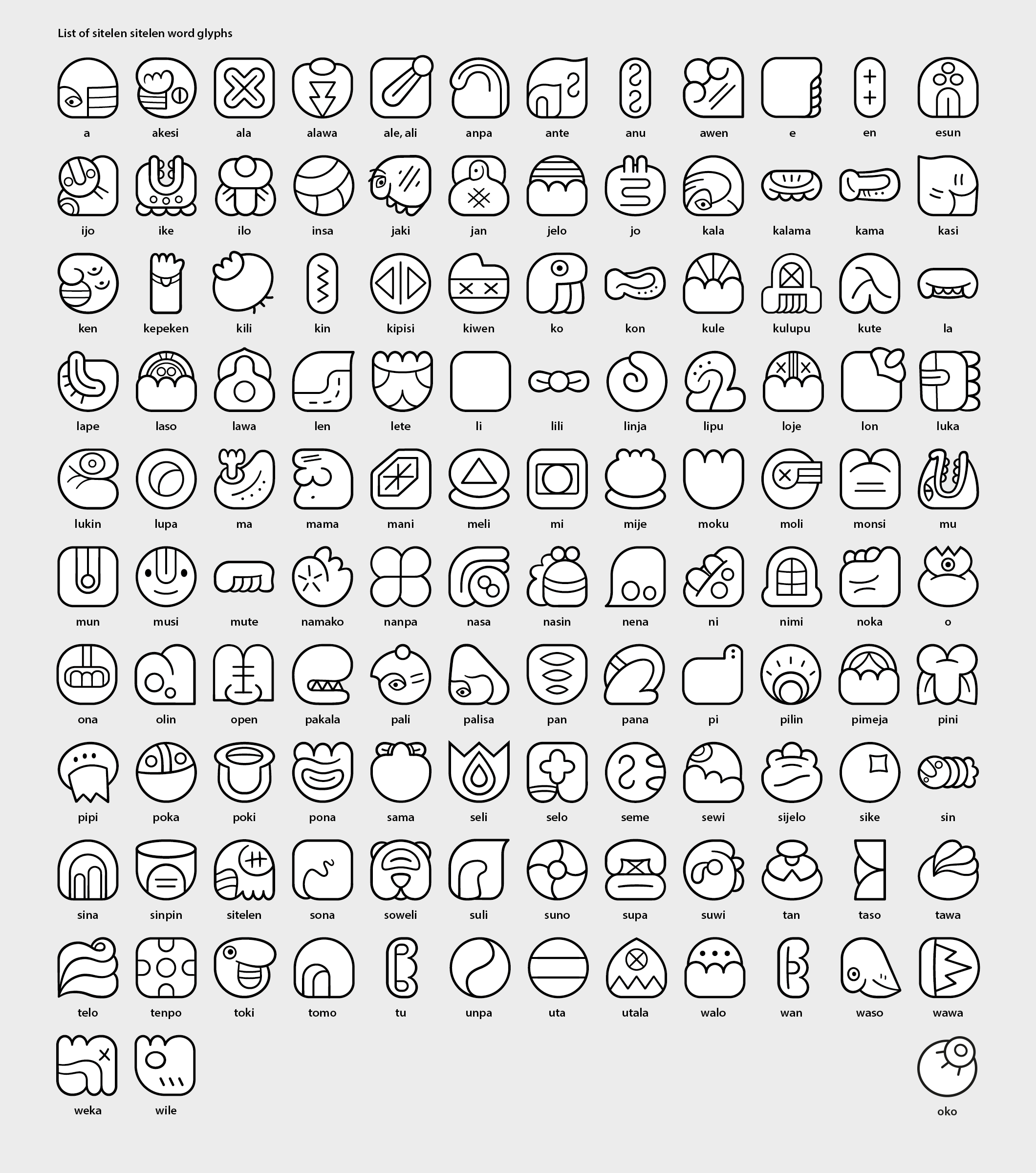 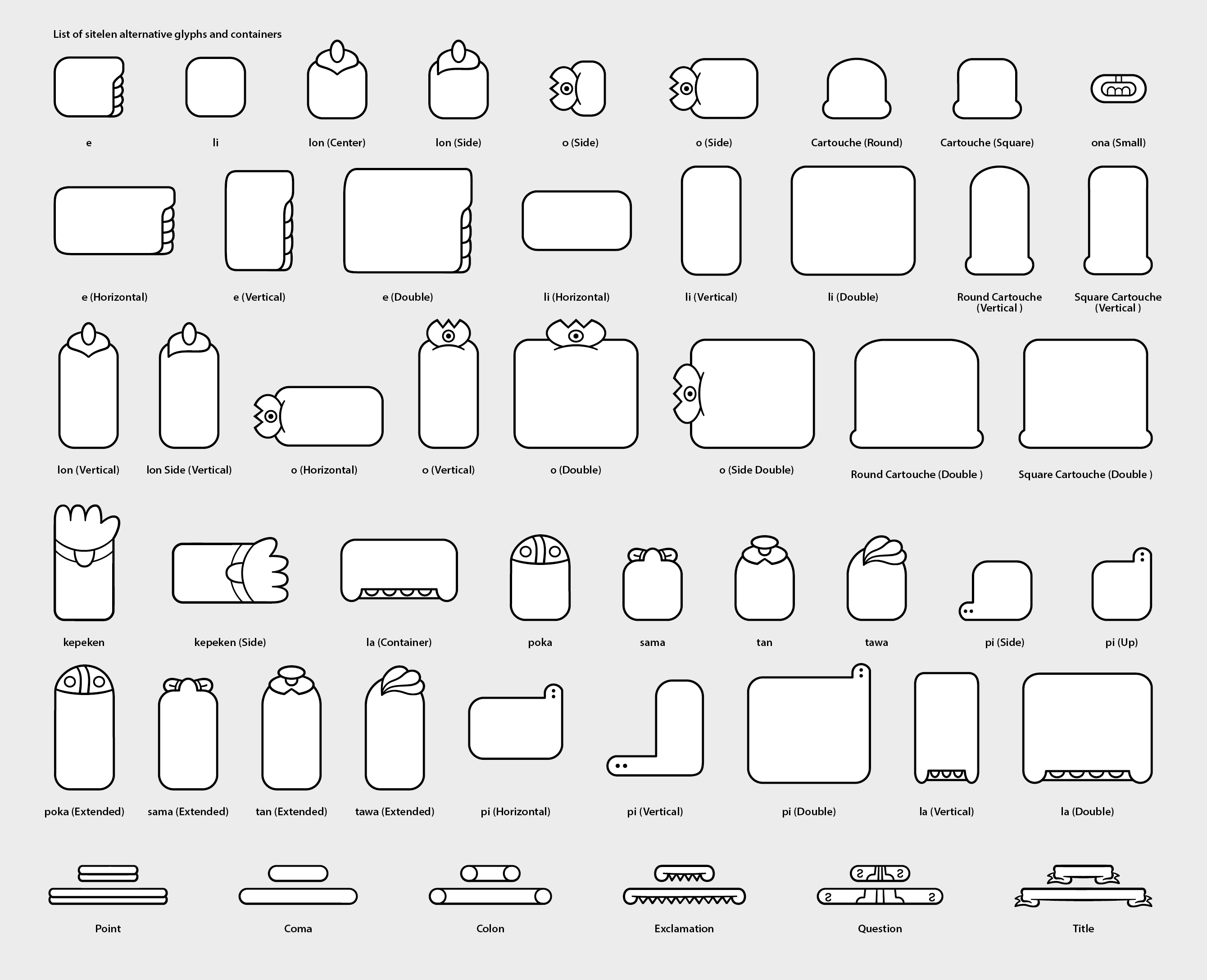 update June 2019: You can download the font and read more about it from the creator here: http://musilili.net/sitelen-sitelen-remastered/

_update July 2020: There is now an interactive renderer built with these images, see more here